The museum situated within the Mother Lodge building was opened in the early 1970’s, not only for the Brethren of the Mother Lodge, but also for the many visiting Brethren and the general public, allowing all to view the many old and magnificent artefacts which have been gifted to the Lodge over a number of years. There are in excess of 600 items on display, many dating back several hundred years. The website illustrates only a few of the items housed in the museum and we would encourage and welcome all visitors, both masons and non-masons. A tour of the Lodge and museum can be arranged by contacting the Secretary of the Lodge.

The Silver Seal of Lodge Mother Kilwinning was used for sealing charters issued by the Mother Lodge It was first used on the 8th October 1779 by the Most Worshipful Grand Master of Kilwinning, Archibald Earl of Eglintoune for the granting of a charter to the High Knight Templars of Ireland, Kilwinning Lodge No.75.

The Stamp bearing the Mother Lodge Crest belonging to the late brother Robert Wylie P.M. and Lodge Secretary until his death in 1892. Presented to the Mother Lodge of Scotland in July 2003 by his great granddaughter Jean Wylie from New Zealand. 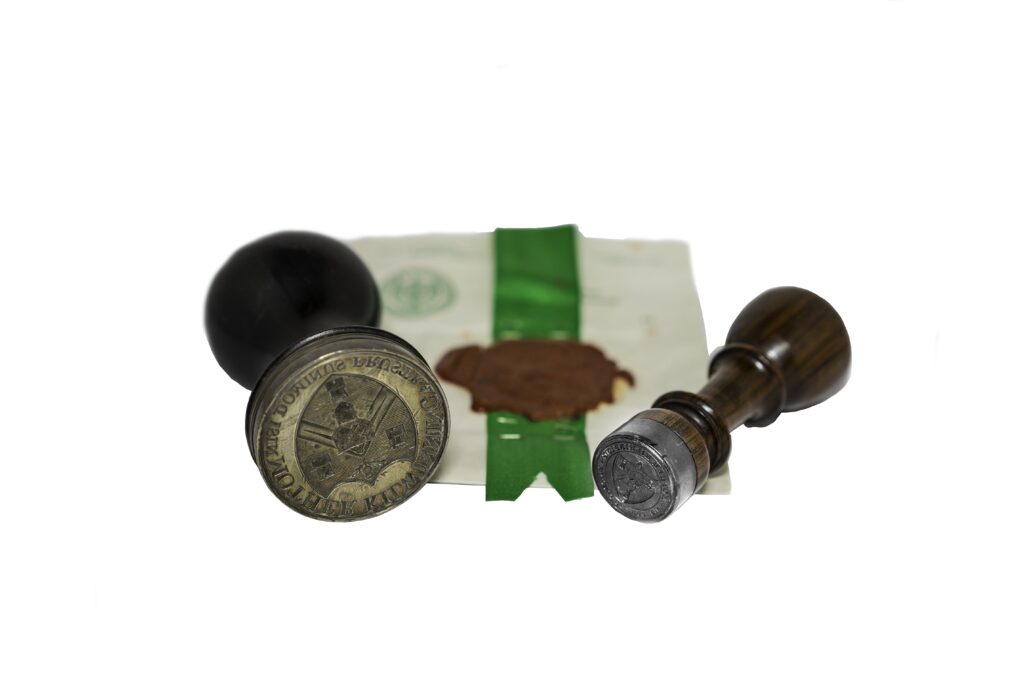 Old Masonic Charge Book which dates back to 1671-1675. This old Masonic charge book details the Masonic history and charges, for example the Master Mason must provide 7 years work for the Entered Apprentice.

Even to this day research is being carried out into the ancient history of some of the artefacts within the Lodge.

The artefacts on display and the property of the Mother Lodge dates from the early 1600’s up to the present day.

Interesting items on display include the Gavel used by our Right Worshipful Master at Lodge meetings which is made from the timber of the old Lodge building of 1779.

The Secretary and Treasurers chairs used in the East of the Lodge room were purchased in 1809.

A Past Masters jewel presented in 1735 is housed in a wooden jewel case made from the roof timber of the old Kilwinning Abbey dating back to 1140.

The Abbot of Kilwinning’s Seal

Lodge Mother (and many others) believe that the ‘Chapter House’ building within the Abbey sheltered the first Regularly Constituted Lodge of Masons.In medieval times, ‘Free – Stone’ masons were highly skilled builders who understood the science of creating large structures using stone cut from local quarries.

By Papal Decree, Free-Stone masons were allowed to travel from one building project to another. In other words, the stone masons were ‘Free’ to choose their work and not bound to a community. There are several medieval records that describe the ‘travelling architects and Freemasons’ that moved around building Europe’s great Cathedrals and Abbeys. 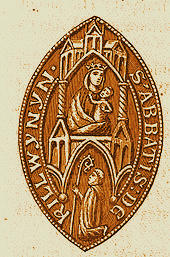 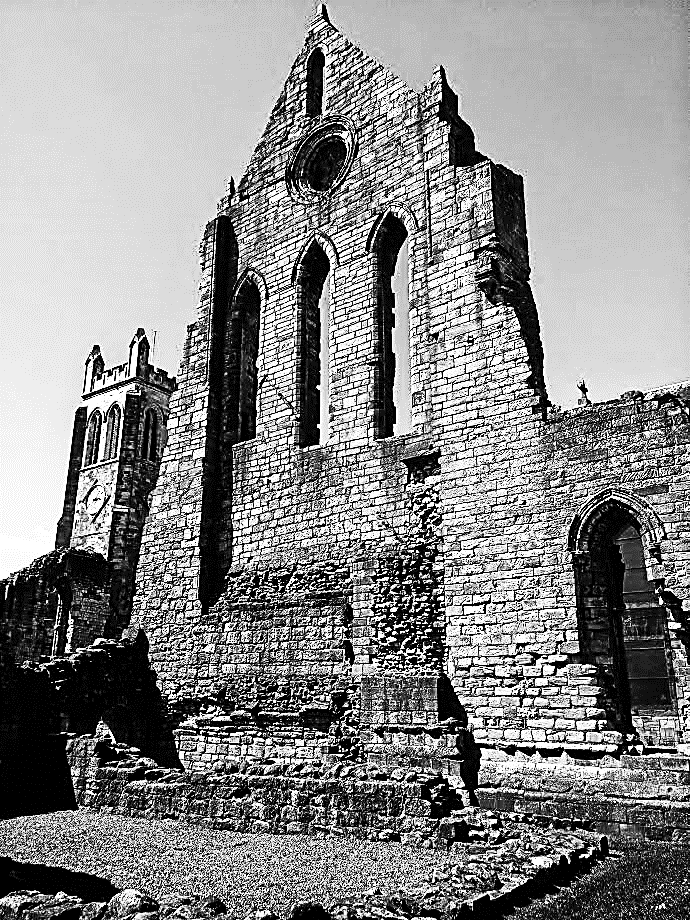 The Ruins of Kilwinning Abbey

William the Conqueror’s victory led the Norman invasion in 1066 throughout the British Isles and with this cultural change the established Church and Christian sects of France expanded north. It was the Tironensian order, linked to the Benedictine monastic community who were responsible for choosing and building the Abbey in the small west coast village of Kilwinning.

The centre of the Tironensian’s was Tiron (now Thiron-Gardais) in Normandy, France. The Tironensian Monks were drawn to Kilwinning as it was the holy site of an earlier church built by Saint Winnan, generally regarded as the 1st Christian Monk to establish Christianity on the West Coast of Scotland. This coupled with the lands’ farming potential, close proximity of the River Garnock and the west coastline, combined to direct the Tironsesian Abbot and Monks to build the Abbey on a hillside beside the river.